Liddy Walker was born at Mt Doreen and spent her younger years living with her family in bush camps. She regularly visits her country around Mt Theo and west of Yuendumu. She has lived in Yuendumu, a Warlpiri community in the Tanami 300km Northwest of Alice Springs, since it was first established and has worked in the community in various pastoral care roles including as a cook.

She started painting on canvas not long after Warlukurlangu Artists Aboriginal Association was established and is now one of its most senior members.

In 1985, she collaborated with Topsy Collins (Peters) Napanangka and Judy Granites Nampitjinpa on Wakirlpirri Jukurrpa (Dogwood Dreaming), which subsequently was purchased by the National Gallery of Australia, Canberra.

In 1992, she took part, with Maggie Napanangka White in a project commissioned by the National Gallery of Australia to document the major Dreamings represented in the current painting movement of the Yuendumu region.

“I paint my father’s Japangardi’s Dreaming and my grandfather’s Dreaming. Mt Theo is my father’s country and that’s what I paint the special Dreamings from. The Dreaming’s I paint are bush tomato and goanna. Goanna likes to fight and is a lover boy. And I paint seed pods and bush potato and hopping mouse. There are lots of stories.” 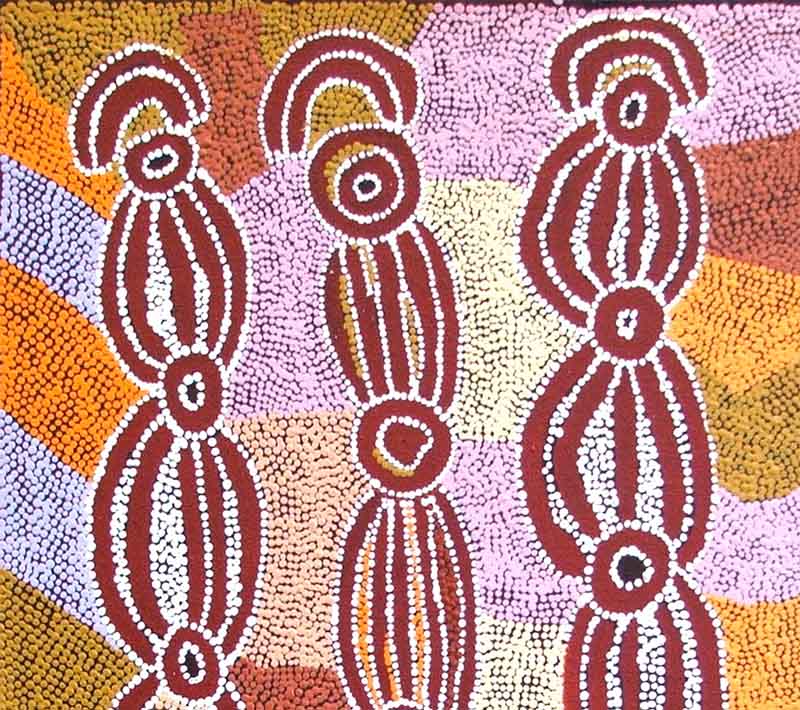 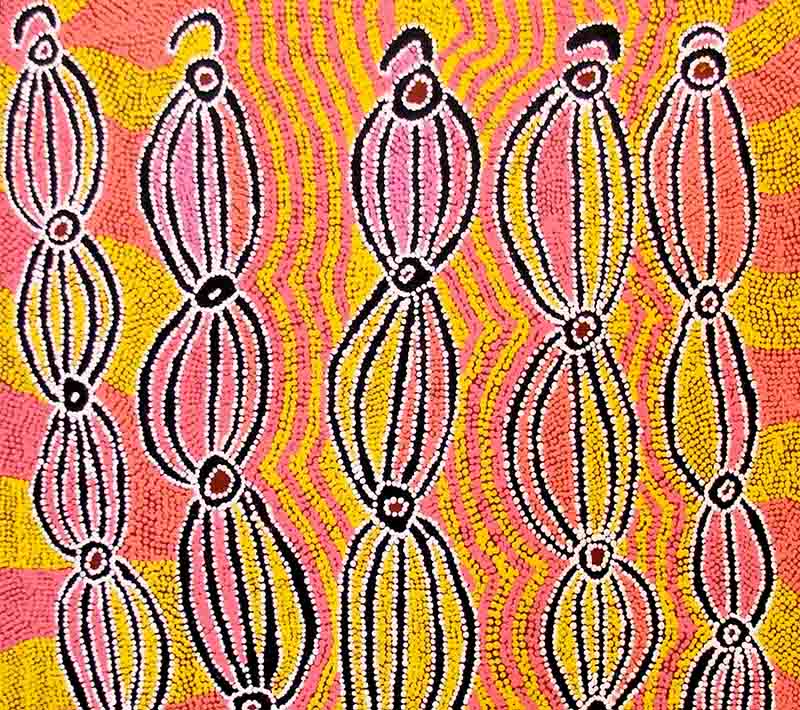 This artwork can be viewed at our Noosa gallery.

This artwork can be viewed at our Noosa gallery.