Released from our personal collection, this exquisite work by the late Makinti Napanangka is now available for acquisition.

Makinti’s contribution to indigenous art and culture was immense. She has been named as one of Australia’s 50 most collectable artists by the Art Collector Magazine. In 2008 she won the prestigious National Aboriginal and Torres Strait Islander Art Award (NATSIAA).

Born around 1930, she passed away in 2011, and later that year was posthumously awarded the Member of the Order of Australia, for her significant service to the arts. 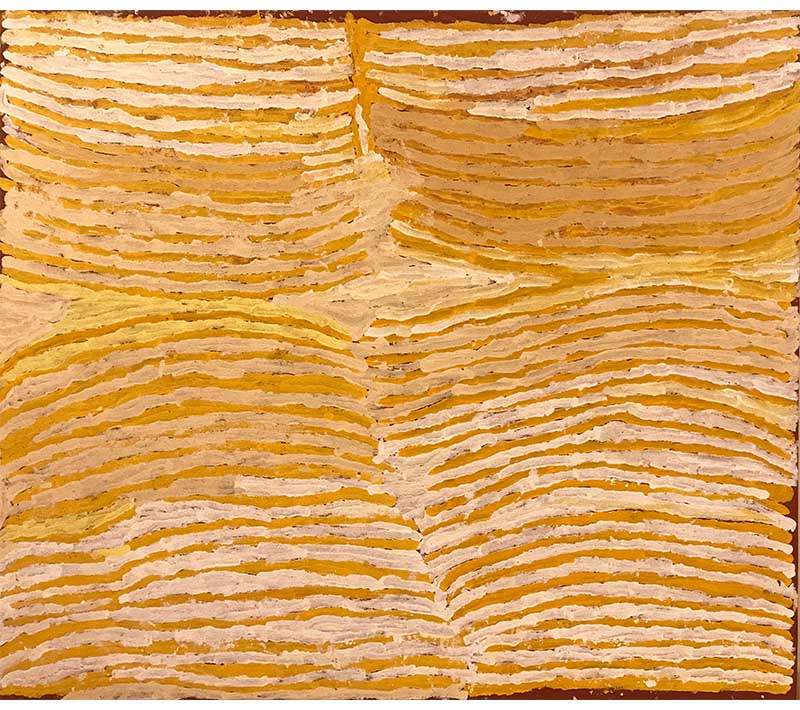